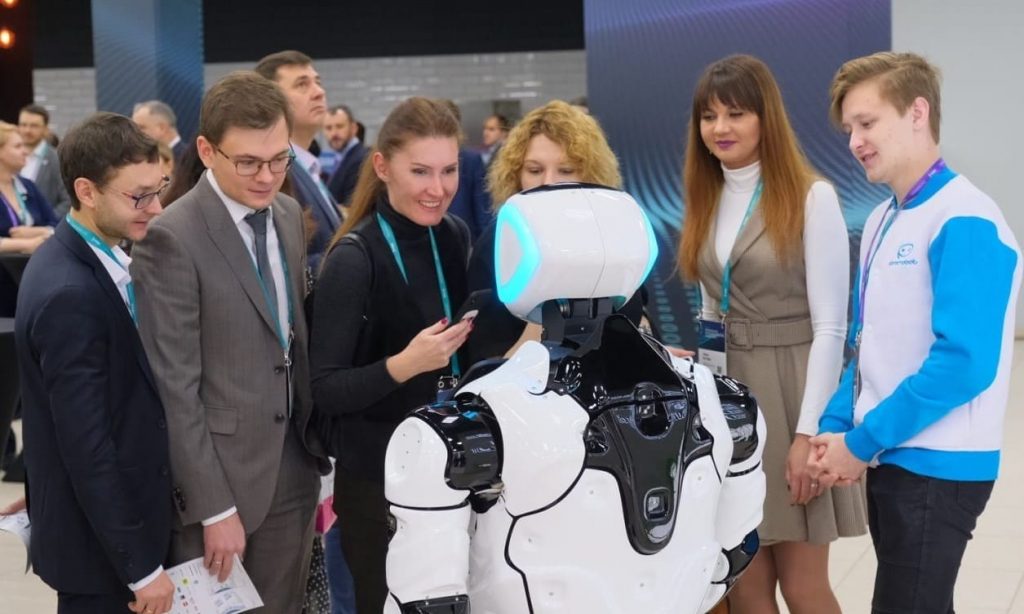 A service robot Promobot, made by a company of the same name, has started working at the Sabiha Gokcen International Airport in Turkey. Its tasks include providing general info to the passengers, answering questions and assisting with navigation around the airport.

Recently, Sabiha Gokcen International Airport has received an Airport Pandemic Certificate, issued by the Civil Aviation Authority in Turkey. This certificate allows airports to continue operation during the pandemic. The robot that operates at the airport is equipped with a ticket scanner: it can help with finding departure gates or orienting around the terminal, provide information on rules and general safety, and even call up a taxi. Promobot speaks several languages: Turkish, English, Arabic and Spanish.

«Sabiha Gokcen Airport serves more than 30 million passengers each year ― it’s one of the busiest airports in Europe. Airport’s digitalization ensures such traffic can be maintained and personnel are released from various routine work. Most of the time, the questions that the passengers ask are similar, so the robot becomes the perfect assistant that also lacks any errors related to the human factor: the robot is always polite and never rude, it won’t forget anything down to the most essential details, etc.» ― says Selchuk Yaran, the official representative of Promobot in Turkey.

The robot is also equipped with obstacle sensors that are developed by the company itself; they allow the robot to operate autonomously, travel and avoid obstacles. It is especially important in crowded areas, such as airports.

«Airports are some of the most popular areas of robotized implementations worldwide. At the same time, Promobot is one of the most popular solutions on that market: you can meet Promobots in the US airports, in Chilean airports and now in Istanbul. Our service robotics technologies are advancing by leaps and bounds, compared to similar solutions from our competitors,» ― says Oleg Kivokurtsev, CBDO of Promobot.

International flights from Istanbul and Ankara resumed on June 11th, two and a half months after the break due to the coronavirus pandemic. Turkish Airlines recently conducted flights to Germany, Great Britain and the Netherlands. According to Suleiman Soylu, Minister of the Interior of Turkey, the air traffic between Turkey and the United States will continue on September 1st.

Promobot company was founded in 2015. Today Promobot is the largest manufacturer of autonomous service robots in Europe. Promobots work in 39 countries as administrators, promoters, consultants, guides and concierges, replacing or supporting “live” employees. Promobot robots can be found in the metro, Dubai Mall, IKEA stores, National Bank of Oman and other crowded places.