Robotics is a broad concept with various fields involved. You can get confused about them. In this article, we explore which of the smart devices can be called robots, how they can be categorized, and how they differ from each other.

What exactly is a robot?

There are many different smart devices in the world, but not all of them are robots. The international standard ISO 8373:2012 defines a robot as “an actuated mechanism programmable in two or more axes with a degree of autonomy, moving within its environment, to perform intended tasks”.

That is, a robot refers to any device or mechanism that performs intended tasks and meets three conditions at the same time:

SENSE: perceives the surrounding environment using its sensors, such as microphones, cameras (of all areas of the electromagnetic spectrum), various electromechanical sensors, sensors, and so on.

THINK: understands its environment and builds a model of behavior to perform the tasks assigned to him.

If at least one of the conditions is not met, then such a device cannot be called a robot.

The coffee machine is not a robot

What are the different types of robots?

There is an accepted division of robotics types depending on the general application area. For this purpose, the classification proposed in the above-mentioned ISO 8373:2012 standard is used:

Industrial robots. Designed to perform production automation tasks. Usually, these are all kinds of manipulators. 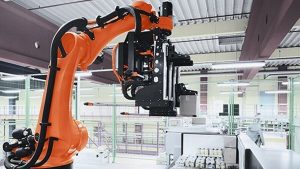 Service robots. Designed to replace or complement a person in solving typical and routine tasks in the service sector. 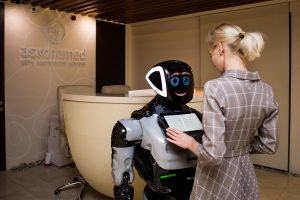 Roughly speaking, industrial robots are located in manufacturing facilities, and service robots – beyond it.

According to the classification of the International Federation of Robotics (IFR), service robotics can be divided into two categories:

1. Personal service robots. They are used in our daily life: 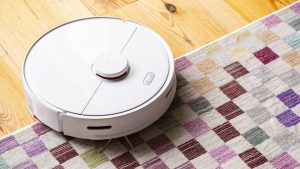 2. Professional service robots. They are used to make a profit from the provision of various services: 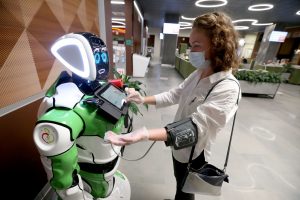 If different personal tasks require different robot models, then you can program the same model for several professional tasks.

For example, Promobot V. 4 works as a police officer in Dubai, a hotel administrator, a tour guide, and in many other positions in different countries.

Various additional devices can be installed on the robot: a printer, a document scanner, a bank terminal, and others. This helps him to work in different areas.