Alexander Frolov, Deputy Director of Science and Education of the Museum of Contemporary History, talks about the implementation of Promobot. 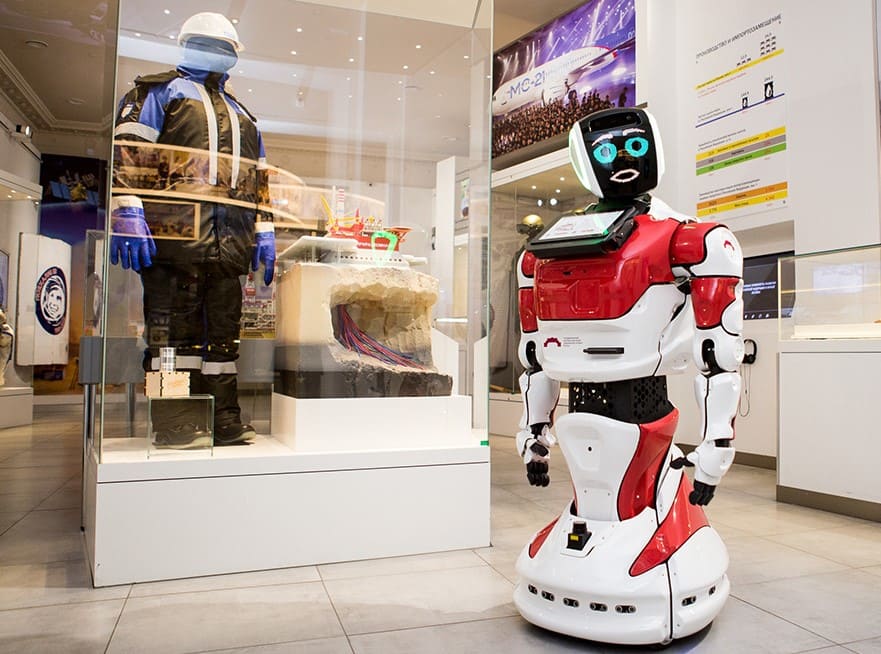 Promobot has been working in our museum as a guide since 2017. We named it after a Greek muse of history, Clio. The robot’s name is an endearing variation of Clio ― Cliosha. In a sense, the robot is a muse for us, too.

The robot navigates according to a preset route, tells facts about the exhibition, and answers questions. It features Promobot’s obstacle sensors, which work perfectly ― our visitors and exhibits are safe from any collisions. This employee never gets sick or tired and is always in a good mood. It knows everything, and it loves everybody.

We bought Promobot to attract more people to the museum. In the process, the robot became its own permanent exhibit. Whenever visitors encounter it, they can’t help but smile. Cliosha always brings something new to every tour. It answers questions and presents facts about  history with the accuracy of an encyclopedia.

Like every other guide that works here, it has its own tour route ― right now, it’s the history of 20th and 21st century. Promobot conducts dozens of tours every day. Excursions for children and adults vary, too ― the robot can quickly adapt to each group and their preferences. It interacts with the visitors and does everything a guide would do while still operating under our control. The traffic goes from a few hundred on regular days up to a thousand people on weekends and holidays.

Our robot has grown up in the last three years, both in technical and ‘intellectual’ sense. For example, right now, the robot alerts people when it travels and asks to clear the path, mostly when it moves from one exhibit to the next. This was not the original feature ― early on, people would surround the robot and confuse it. Right now, we don’t have this problem, and Cliosha interacts with people much better.

We are constantly trying to improve the robot’s service. For example, we added a New Year greeting message and a fun quiz dedicated to the holidays. The robot is excellent on holidays ― it asks different questions about the world holidays and gives small presents to every user.

Even after a few years, our visitors’ reaction to Cliosha remains the same ― they are nothing short of amazed. Everybody is excited about their tour conducted by such an unusual guide; they have the most fun interacting with the robot.

Our staff treats Promobot as their coworker. It is just like them, and a lot of people helped Promobot adapt to the new place. Of course, you aren’t as excited to see the robot when it’s around you every day, especially compared to the first few uses. At the same time, my colleagues are so used to the robot that they can’t imagine it ever retiring.