It works offline, unlike Siri or Alexa. 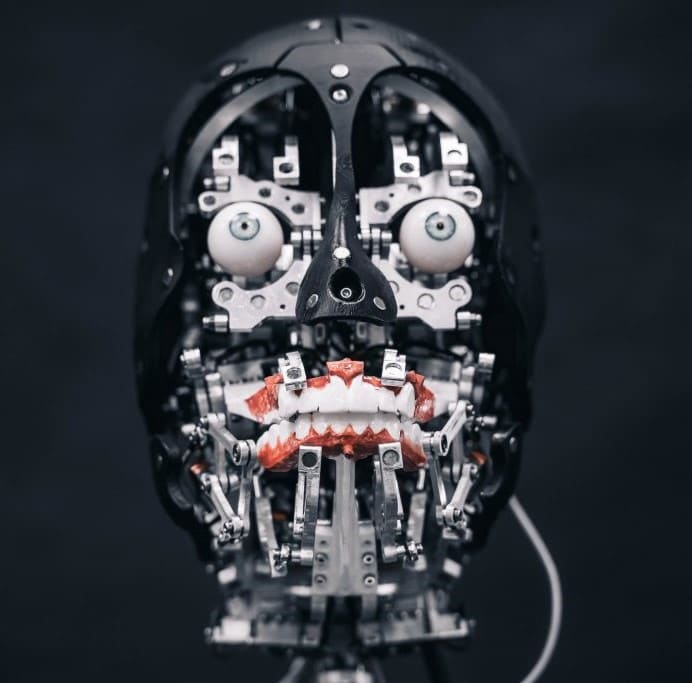 Promobot has developed a new dialogue system for its human-like service robot. Before that, robots utilized a question-answer system called the language base. With a new dialogue system, Robo-C recognizes questions, clusters them according to the topic, and generates responses with neural networks.

The system utilizes finite automation. It is a linguistical system that involves natural language processing under three levels: analysis of named entities, user intents, and a wide array of topics.

‘This is the first time a dialogue system has a theme depth based on four dimensions. These dimensions include time, place, topic, and negative or positive context. Unlike assistants, the robot’s responses depend on the time and place of the discussion. It is crucial for service robots because their operation greatly depends on their area of work, i.e., airport or office or kids center. They must be aware of their surroundings to provide the best service possible,’ says Andrey Nosov, Ph.D., head of the dialogue system at Promobot.

The developers used ten primary intents for the system’s modules, including ‘transport’ (how to get somewhere, buy tickets, where, etc.), ‘locations’ (the addresses, how to get there, etc.). One intent requires two thousand request samples. Data engineers need 6.5 million lines of requests, eight thousand work hours, or a thousand workdays to set up ten intents.

Each dialogue is split into five modules or branches. The first branch is simple chatting to make communication comfortable. This dialogue does not have a specific target. The second branch is a business-specific module to fulfill the requests of users. This module is targeted and excludes random responses. The third branch is a search module for constant updates of the robot’s database.

The fourth module operates together with the third. When the robot has to evaluate data (‘what’s the most/least expensive,’ ‘where can I go,’ ‘who’s better’), it compares info from the search engine. The robot doesn’t require an Internet connection for it — it is a constant process that it performs whenever it is online. The last module directly connects with Promobot language database, a depository of phrases and syntheses in 11 different languages that the company has been developing for the last five years.

‘Most voice assistants operate as just one of our modules, the first one responsible for chatting,’ says Promobot representative. ‘whenever you cut off the Internet, your assistant shuts down. Our voice assistant works offline and is here to fulfill specific requests of people. A dialogue system that doesn’t require the Internet is unprecedented.’

The dialogue system is already in use for most Robo-C models. Solutions by Promobot operate in more than 40 countries worldwide and include service robots with human-like appearance. Robo-C is an anthropomorphic robot that imitates human emotions. It moves eyes and eyebrows, lips, and other artificial muscles. Mechanical muscles created with Promobot’s patented technologies allow the robot to mimic more than 600 human facial expressions.